To publish your requirement write us at 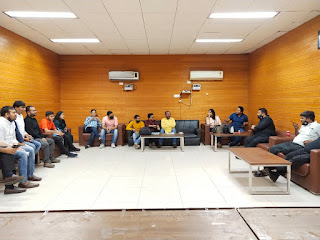 Dear All,
The Central Committee met on March 14 at IIMC HQ, New Delhi that was chaired by President Mr. Prasad Sanyal and attended by CC Members and other alumni.
Owing to recent changes and discord in the Jharkhand chapter, the central committee has resolved to suspend the chapter for three months as an interim measure. Further, the central committee appeals to alumni in Jharkhand to utilize this time to reconcile and reach a consensus on the state team.
To provide a neutral atmosphere to all, Central Committee has decided to
1. Dissolve the current committee led by Mr. Manoj Kumar.
2. Declare election held at Netarhat on 13-14 February, 2021 null and void.
3. Conduct elections by 15 June, 2021 if the alumni in Jharkhand are unable to evolve a consensus over a new team. Elections, if required, will be arranged in a manner similar to that in which central elections are held.
We appeal to the alumni in Jharkhand to make the atmosphere less acrimonious and avoid making personal comments.

All alumni have the right to aspire to become office bearers of the association and chapters are urged to conduct proceedings in a spirit of democracy which welcomes detractors and dissent, even when decisions are taken by majority.
The Central Committee is unwilling to intervene beyond neutralising the tensions and creating an atmosphere of trust and bonding. It is alumni of the Jharkhand who should reach a consensus team and get suspension revoked.

The Central Committee has requested senior alumni Mr. Santosh Dubey to take the initiative to break the deadlock. It has authorized Mr. Dubey to hold an informal get together, which, we hope, can pave the way to revive the chapter. 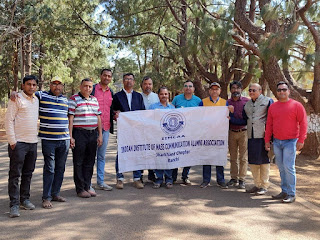 IIMC Alumni Association, Jharkhand Chapter organised its annual picnic and held elections for the new executive committee at the picturesque Netarhat on February 13-14, 2021. The Picnic was attended by 13 alumni and their families at the famous hill station of the State.

During the meeting the new executive committee was decided with mutual consent.

Some of the members had proposed a few names but they later withdrew their candidatures as more names came up for the posts. Since, everyone wanted nomination of candidates with mutual consent and no one wanted to contest elections, the names that came up before and during the picnic and executive committee meeting at Netarhat were finally considered upon.

The New Committee will take charge at Connections 2021 Ranchi. If Connections in Ranchi gets cancelled, the new team will come into force effective 1st April, 2021.

IFFCO IIMCAA Awards 2021: Number of Votes to Applicants in All Categories 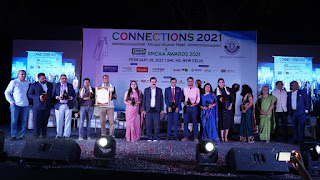 IIMC Alumni Association
IIMC Alumni Association aspires to work as the dynamic link between IIMC's past and present. It will allow its members and the institute to benefit from the enriched experience of its meritorious and well-placed students, besides offering an unparalleled platform to the alumni to share their expertise, knowledge and experiences and forge an enduring relationship with their alma mater, as also with other alumni. In the past, a large number of IIMC alumni who have either cherished good learning, bonding or experience during their year at this Institution have been rather detached as they have been unsure how to continue a meaningful association with their alma mater. The IIMC Alumni Association gives them a chance to do all that, as well as keep up with the happenings at IIMC, reunite with their batchmates.

All information here is sourced by IIMCAA from its network in the industry, and published in good faith. While we often make checks in to the credibility of such information, IIMCAA encourages job applicants to make their own inquiries. IIMCAA will also not hold itself responsible for any losses suffered by applicants as a result of pursuing any of the vacancies advertised on this blog.